This article was original published by the Mathematical Association of America in The College Mathematics Journal, Vol. 44, No. 4 (September 2013), pp. 258-264 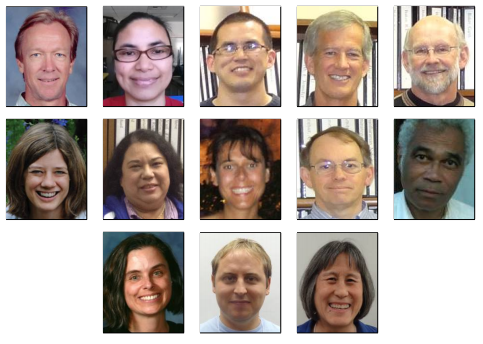 Julie Montgomery teaches at Leland High School in San Jose. Avery Pickford teaches at The Nueva School in Hillsborough. Justine Wong is the director of the KM2A after-school program in Sunnyvale.
The authors, an eclectic group of teachers, mathematicians, and other mathematics enthusiasts, are members of the American Institute of Mathematics Math Teachers’ Circle, the first Math Teachers’ Circle (founded in 2006). Math Teachers’ Circles are communities of K-12 teachers and mathematicians who meet regularly to investigate mathematical problems and questions. The game of Planet and this paper grew out of an especially lively meeting. Besides mathematics, the authors share a love of the outdoors. Their interests range from hiking, biking, and backpacking to rock-climbing, surfing, and competing in triathlons.

Set is an enjoyable—even addictive—card game that challenges players to identify certain visual patterns. A mathematically rich game, it provides ample opportunity for students and teachers to ponder combinatorial, algebraic, and geometric questions. Part of Set’s appeal is that once the fundamentals of the game are understood, it is nearly impossible to resist investigating its structure, whatever one’s background. We concentrate on the geometry, introducing interesting objects we call planets and comets, which lead to an elegant variation on the game.

A special deck of cards is required, each of which depicts one, two, or three identical shapes of the same color and shading. The cards in Set thus have four characteristics: the shape depicted, the number of shapes, their color, and their shading. There are three shapes, three possible numbers of shapes, three colors, and three shadings. Each card is unique, so there are 34 = 81 cards in the deck. A few cards are shown in the figure below:

We also define a set locally by considering characteristics separately. Three cards are a number-set if they are either 1, 1, 1; or 2, 2, 2; or 3, 3, 3; or 1, 2, 3. Three cards are a color-set if they are red, red, red; or green, green, green; or purple, purple purple; or red, green, purple. Similarly we define shape-set and shading-set. A set is a collection of three cards that are all four: number-set, color-set, shading-set, and shape-set.

Set is played by dealing 12 cards face up. The first player to spot a set shouts “Set,” and collects the three cards, which are then replaced. If after some time has passed and no set is spotted, additional cards are dealt. Play continues until all the cards have been dealt. The person with the most sets is the winner.

Set was invented by geneticist Marsha Jean Falco in 1974. After publication in 1990, it spread rapidly and is now a staple, particularly for young children, who often beat adults. Among the many interesting properties of the game, one is particularly important: Two cards determine a unique third card that completes a set. Take the characteristic number, for example. If the first two cards have the same number, then to be a number-set the third card must have that same number; but if the first two cards
have different numbers, the third card must have the third possible number. It is the same for the other three characteristics. This sounds geometric—and it is.

A Set card can be considered a point in a four-dimensional, finite space, each characteristic—number, shading, color, shape—representing one dimension. Sets satisfy the Euclidean axiom, that is, two points determine a set, and so play the role of straight lines.

What other geometry is present? In Euclidean geometry, a plane is determined by three non-collinear points. In Set, start with a collection of three cards that do not make a set. Add any card that makes a set with any two cards already in the collection. Continue in this fashion as long as possible. You will collect a total of nine cards and be unable to add any more, because for any two cards in your pile, the third card that makes a set is already there. These nine cards form a plane! Similar collections form three-dimensional hyperplanes (starting with four, non-coplanar cards). The whole four-dimensional universe of all Set cards is spanned by five, non-cohyperplanar cards.

A planet is any collection of four coplanar cards. One way to form a planet is to find two pairs of cards where each pair needs the same third card to complete a set. This is like determining a plane with two intersecting lines. For example, the cards in Figure 2 are a planet because both the single empty red oval and single striped red squiggle, and two empty purple squiggles and three striped green ovals, need the single solid rid diamond to complete a set. The complete plane containing this planet is in Figure 3. Note that the single solid red diamond card is the intersection of the lines formed by the top row and by the third column. 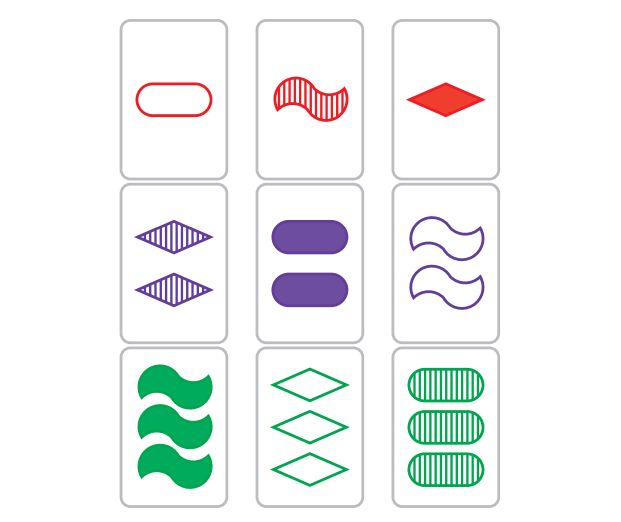 We set out to discover how many cards guarantee the existence of a planet. The analogous question for a set is the subject of a beautiful article by Davis and Maclagan [3], which elegantly illustrates that within a three-dimensional Set deck (e.g., the 27 red cards, flattening the color dimension), it is possible to have nine cards without a set, but any 10 cards must contain a set. This result is due to Bose [1]. For the full four-dimensional deck, we can have 20 cards without a set, but any collection of 21 cards contains a set (Pellegrino [5]; see also the related computer programs of Knuth [4]).

What is the smallest number of red cards guaranteed to contain a planet? After much experimentation, we found the collection of five cards in Figure 4. To prove that these cards do not contain a planet, we examined all 10 pairs and computed the third card completing a set. No two were completed by the same card, so there is no planet here.

Try as we might, we could not discover an array of six red cards without a planet, but we did find a quick proof that any seven red cards contain a planet. Suppose that we have seven red cards but no planet. Consider the cards that complete sets with pairs of these seven cards. The completing cards must all be different from each other and from the original seven cards. There are (7 choose 2)= 21 ways to choose two cards from seven. Together with the seven original cards, that makes 21 + 7 = 28 different cards. However, there are only 27 red cards. So it is impossible to have seven red cards without a planet.

Suppose that we have four non-coplanar cards H = {A, B,C, D}. Any two cards from H form a set with exactly one other card not in H. Thus, there are (4 choose 2)= 6 cards that form sets with a pair from H.

Next, choosing three cards from H, say A, B, and C, leads to three additional cards that make a setless planet with {A, B,C}, namely A + B − C, A − B + C, and −A + B + C. Thus, 12 cards form planets, but not sets, with some three-element subset of H. These 12 cards are different from the six cards that form sets with two of the original cards. Altogether we have 18 cards, any one of which leads to a set or
planet when included with the original four cards of H.

The original four cards, together with these 18, account for 22 of the 27 red cards. These are

The five remaining cards in the hyperplane are: 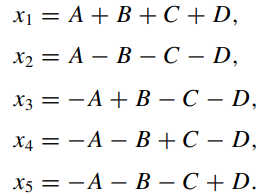 Any one of these five cards, if included in H, does not lead to a set or a planet. However, including two of them does. To prove this, we have to check two cases: (a) that the two cards are x1 and any other card; (b) that x1 is not one of the two cards.

Case (b): Without loss of generality, we consider x2 and x3. Then

What is the probability that a collection of nine cards has no planet? According to our search, the proportion of planetless, nine-card collections is 11664/222981055 = .0000523093 . . . . About one in 19117 such arrays are planetless. That’s pretty rare. Still, it would be nice to be able to recognize a planetless, nine-card array quickly when it showed up. We don’t know how.

With a computer search we verified that in any nine cards there is always a set, planet, or comet.

The game of Planet

The dealer deals nine cards. Anyone who sees a set, or a planet, or a comet, calls out and takes it. A player identifying a planet that contains a set takes only the three-card set. As long as the cards last, the dealer replaces the cards that are removed. The game is over when the cards run out or there are no more sets, planets, or comets. The winner is the person with the most cards, creating the incentive to identify planets as often as possible. They are also more common than sets.

Planet is easy to learn and great fun. An important feature is that we never have to deal additional cards because every array of nine cards contains a set, a planet, or a comet. Also, introducing Planet means that everyone has a new skill to learn, and so the advantage that skilled Set players have over novices is somewhat mitigated. Finally, the game proceeds at a more leisurely pace than the typical frenzy of a Set game!

Questions for the reader

It follows that for every eight cards, there is a unique ninth card that makes a comet. However, it may happen that the ninth card needed to make a comet is one of the eight cards already present. This leads to the interesting open question:

Acknowledgment. The authors would like to thank the CMJ editor and the two anonymous reviewers for their helpful comments and suggestions. We would also like to thank Gwyneth Whieldon for her assistance with graphics, and Japheth Wood for suggesting the term “Comet.”

Summary. Sets in the game Set are lines in a certain four-dimensional space. Here we introduce planes into the game, leading to interesting mathematical questions, some of which we solve, and to a wonderful variation on the game Set, in which every tableau of nine cards must contain at least one configuration for a player to pick up.